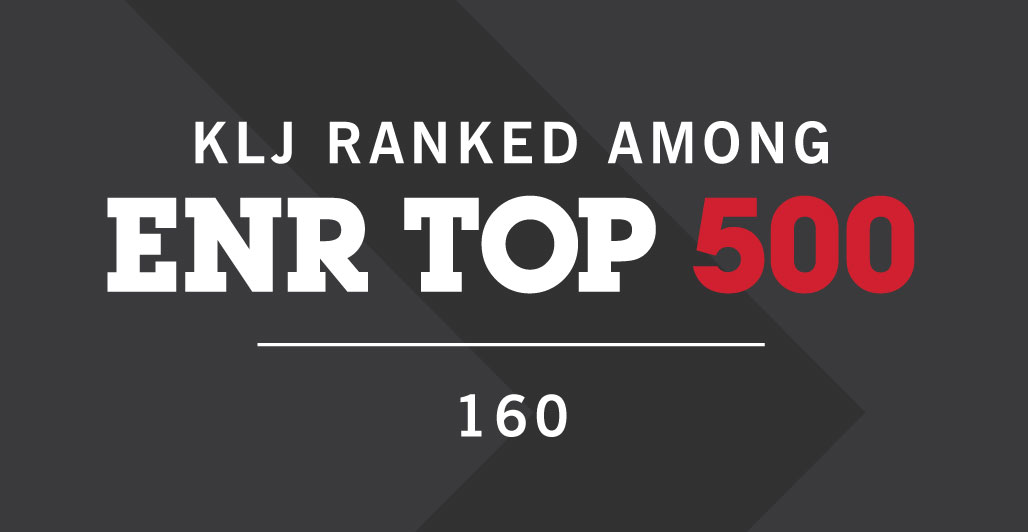 Engineering New-Record (ENR) announced this week that KLJ has been named among the 2020 Top 500 Design Firms. The firm ranked 160, moving two numbers from the 2019 ranking. KLJ was evaluated based on revenue for design services performed in 2019. Design services assessed included general building, power, water supply, sewer/waste, industrial/petroleum, transportation, and telecommunications.

ENR, reports on the top design firms, both architects and engineers, and the top construction companies as well as project in the United States and around the world. The Top 500 Design Firms list, published annually in April, ranks the 500 largest U.S. based designs firms, both publicly and privately held, based on design-specific revenue. Companies engaged in general contracting specialty contracting, engineering, architecture, planning and studies are ranked through an annual survey. The rankings are then divided into specific market categories.