The transformation of the Ellis Road corridor illustrates how engineering and engineers can design public infrastructure that appropriately addresses the needs of a growing community while contributing to the overall quality of life for residents.

South Ellis Road is a vital transportation link in western Sioux Falls. It is a primary commuter route not only for western Sioux Falls residents, but also for commuters traveling to and from Sioux Falls via the west, northwest, and southwest. Ellis Road facilitates transportation that impacts the communities of Tea, Ellis, and Hartford. According to a traffic count performed in 2018, Ellis Road had an average daily traffic rate of 8,000 vehicles prior to construction. Traffic modeling conducted upon project initiation projected forecasts of approximately 27,000 vehicles per day by 2045.

Ellis Road was previously a two-lane rural section with asphalt surfacing. To accommodate projected traffic rates and to better serve residents and commuters, the City of Sioux Falls sought to transform Ellis Road by building a four-lane divided urban section with center median, right and left turn lanes, detached sidewalks, bike lanes, and access points. The new configuration will enhance mobility and safety for all users along the corridor between 12th Street and 41st Street.

KLJ’s project team designed a roadway configuration that improves pedestrian and bicycle safety and improves mobility by increasing spacing between vehicular and non-vehicular traffic. The improved segment of Ellis Road allocates more space for wider boulevards and sidewalks and reduces the roadway width dedicated to vehicular traffic. This is one of the first projects in Sioux Falls to employ the configuration.

Our team performed all contracted services on an aggressive schedule despite the weather-associated challenges that impacted the project. Services included acquiring right-of-way and easements for more than 100 parcels, performing topographic survey, developing a design, and providing construction administration for road reconstruction – which included the installation of a new water main. The project team coordinated extensively with stakeholders to minimize the impact of construction activity on the public, utilities, and adjacent properties.

KLJ employed unique methods to enhance construction accuracy and efficiency. The project was a first for the City to use embedded concrete sensors. KLJ worked closely with the contractor and materials testing company to correlate compressive strength tests with sensor data. With a reliable correlation established, the need for traditional destructive testing methods was reduced. Using the time-temperature maturity method, the sensors provided real-time estimates of the concrete’s strength at different locations in a pour segment. The sensors also provided information that helped the contractor more efficiently plan for sawing operations and subsequent adjacent paving operations. The use of the concrete strength sensors ultimately saved time and money for the customer. Additionally, the contractor used a string-less paving technique for both gravel trimming and concrete paving operations. This method reduced the time required for construction by creating shorter turn-around times between paving passes and fill-in pours.

KLJ’s project approach from the very beginning was to work as a partner with the owner (City of Sioux Falls) to identify a prioritized list of needs the project had to accomplish in order to provide for the orderly flow of traffic (present and future); adequate utilities and drainage facilities to meet anticipated growth in western Sioux Falls; and incorporate safe multi-modal transportation facilities. Despite the frequent rainfall during 2018 and 2019, the project was completed within the 2-year timeframe allotted in the time provisions. The reconstructed segment of Ellis Road enhances vitality for growing area within the Sioux Falls community, making the corridor safer and more accessible while providing opportunity for economic development. 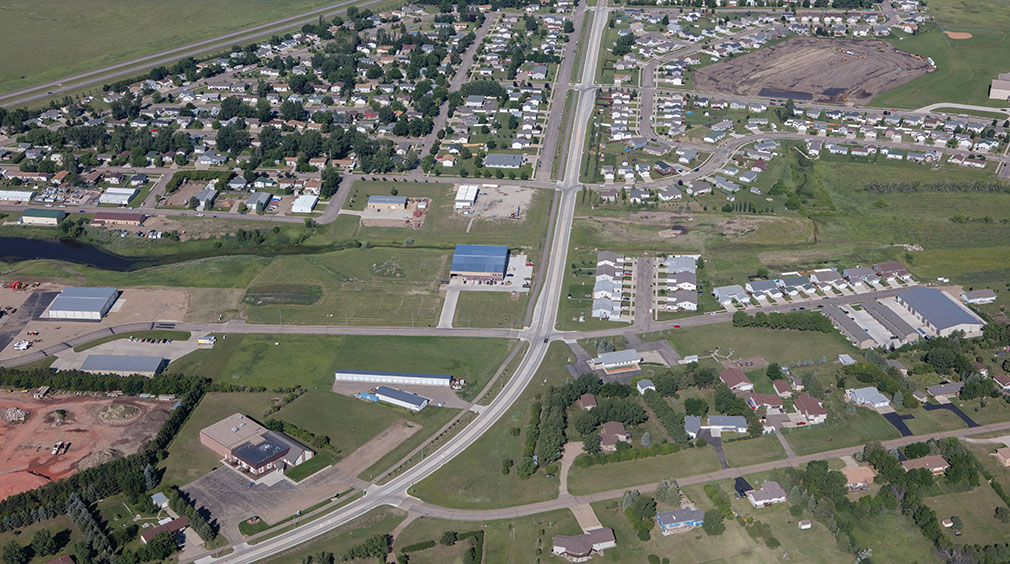 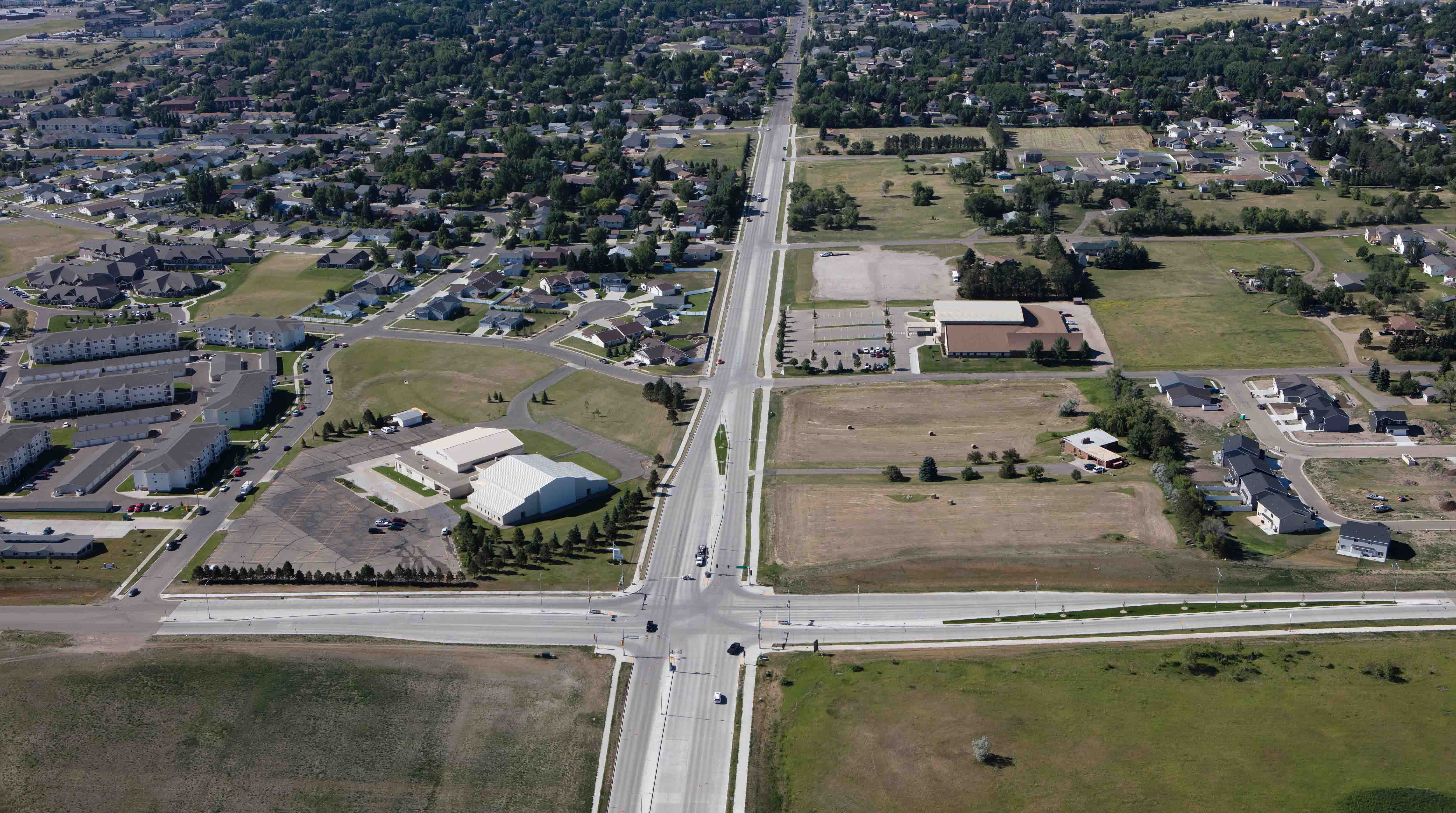 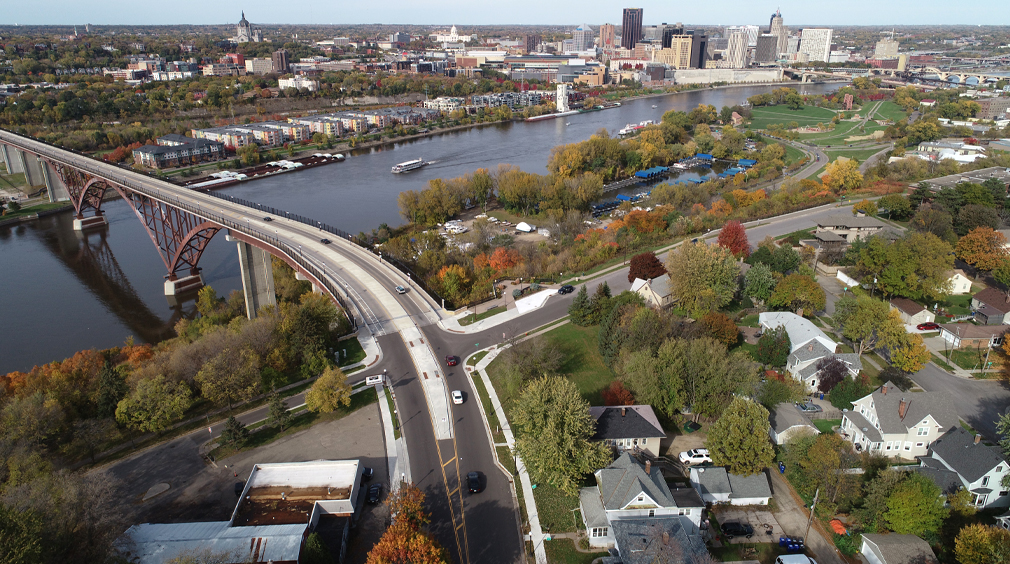