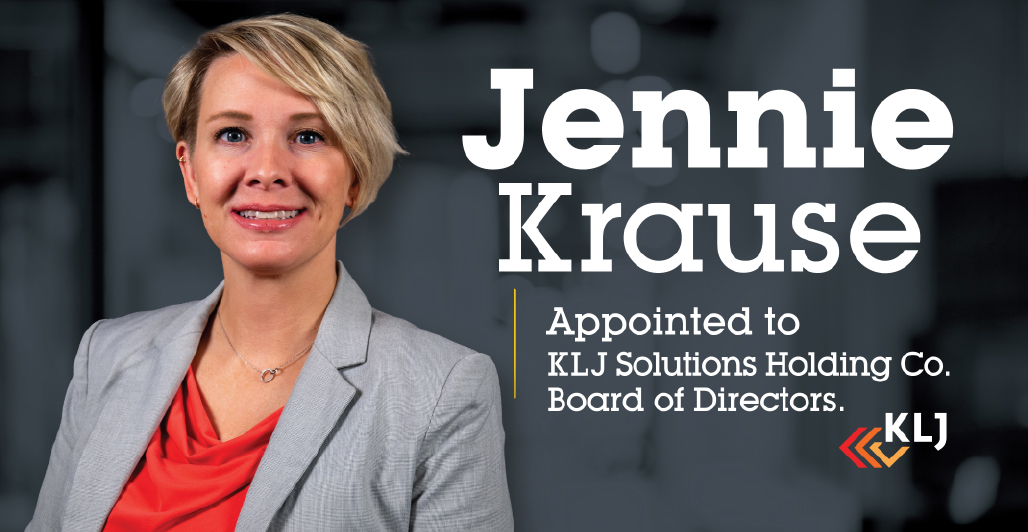 KLJ Engineering LLC (KLJ) is proud to announce that Jennie Krause, the company’s director of project management, has been appointed an internal director for the KLJ Solutions Holding Co. Board of Directors. Her appointment begins immediately, and she will serve a three-year term.

Krause brings extensive experience and recognition to the board of directors. Joining KLJ in 2006, she has served in multiple roles across the company, specifically spending time in surface transportation and oil and gas, and currently as the director of the project management office.

Krause is a professional engineer in North Dakota and Wyoming and has served on the Executive Committee for the North Dakota Association of County Engineers, as well as the three-year ACEC-ND leadership program, Emerging Leaders Institute (ELI). She is a past recipient of the Prairie Business 40-Under-40 Award, as well as a past participate in KLJ’s previous Leadership Development Program and Leadership Commission.

Krause earned a degree in civil engineering from South Dakota School of Mines and Technology.