Five Quick Facts About Carbon Capture: What You Need to Know 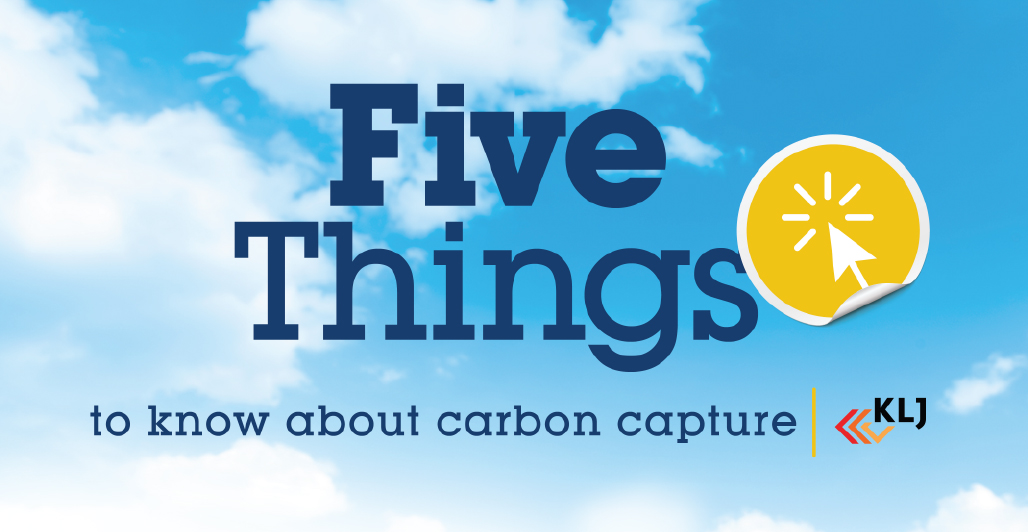 Carbon capture, or carbon sequestration, is receiving a lot of attention in the news and in Congress. In short, carbon capture is the process of taking carbon dioxide from manmade facilities and storing it deep underground. This reduces the amount of carbon dioxide that makes it into the atmosphere, which can slow the accumulation of greenhouse gases and the effects of climate change. KLJ is on the cutting edge of this new technology, and we’re already completing work on one of the first carbon capture projects of its kind in North Dakota. If you’re considering investing in carbon capture infrastructure or just want to learn more about this hot topic, here are five quick facts about carbon capture that will set you up for sequestration success.

It pays to play.

Carbon capture is widely considered the next big thing in the ethanol, oil & gas, coal, industrial, and green energy markets, and the federal government is ready to fund it. A significant portion of the $73 billion set aside for power transmission projects in the Infrastructure Investment and Jobs Act will go towards carbon capture. The federal government has also announced huge tax credits (also called carbon credits) that can be earned through carbon capture.

It’s all about the rock.

When carbon is captured on the surface, it can’t be injected into just any subterranean area. There needs to be a “rock,” or a place that can store that carbon indefinitely. These are usually sedimentary rock reservoirs (like in North Dakota or Wyoming) or salt caverns (like in Texas or Louisiana) many miles beneath the surface.

It does not harm drinking water supplies.

Because the captured carbon is stored many miles underground and does not produce fissures, it is not a threat to underground water supplies that are much closer to the surface. However, if the carbon were to somehow escape, the worst outcome would be sparkling water coming from your faucets. La Croix on tap, anyone?

North Dakota is the place to be.

Carbon capture is the up-and-coming star of the oil and gas market, and we’re already seeing projects start up in the Bakken oil field in North Dakota. Because of its regulatory landscape and the abundance of subterranean “rocks” to store captured carbon in, North Dakota is home to some of the first projects in the world.  North Dakota and Wyoming are the only two states where an EPA permit is not required for C02 projects.  As a national firm headquartered in North Dakota with offices in Wyoming, KLJ has been leading the charge in developing this technology for our clients to take advantage of federal incentives and to grow their bottom lines.

You’ll need a team to get it done.

There’s a lot of moving parts when it comes to executing a carbon capture project. Grant writing, land surveys, title work, reservoir leasing, landowner notifications, right-of-way processes, environmental assessments, permitting, facility design, pipeline design, construction, and construction management are all services that are essential to getting a site ready to begin carbon sequestration. Luckily, KLJ has all these services in-house and ready to go for your project. We can help you through the project process from beginning to end without the hassle of finding multiple firms or getting different teams up to speed. We have the experts you need on hand to get you up and running with this new opportunity. To read more about our carbon capture expertise and how we can help you take advantage of federal funding and tax credits, contact Mark Jeske at mark.jeske@kljeng.com or visit our website.